CAFE Member Meetings: CAFE hosts member meetings on an every other month basis where subject matter experts are invited to speak on anything aquarium and fish keeping related.  CAFE member meetings for 2022 will be held at the Nationwide & Ohio Farm Bureau 4-H Center in the International Room on the first floor unless otherwise specified.  CAFE member meeting start at 7pm and will go up to 9:30 pm  The 2022 meeting dates are as follows:

CAFE Swap Meets: CAFE hosts swap meets in the winter and summer months between auctions and anyone is welcome to attend. The swap meet is a good opportunity to purchase unique fish from local breeders and pick up specialty foods, equipment, and breeding supplies not commonly found in aquarium stores at reasonable prices. CAFE members receive a discount for table reservations. The 2022 CAFE swap meet dates are as follows:

CAFE Auctions: CAFE hosts a Spring and Fall auction every year. Auctions are an excellent opportunity to acquire new and rare fish, plants, plus many common aquarium fish and plants from local breeders at excellent prices. You do not need to be a member to attend our auctions, but membership does provide the benefit of priority stickers and a free express bid. The 2022 CAFE auction dates are as follows:

CAFE Holiday Party: CAFE hosts a Holiday Party every year. This is to celebrate the Holidays and rejoice about things that happened this year at C.A.F.E. This is a member-only event. All Club members whose membership dues are paid on time can attend this event. It's a potluck and BYOB. 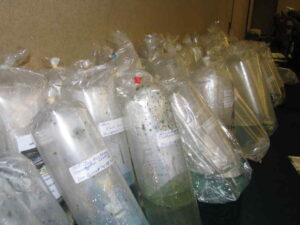 Join CAFE for our first auction since Spring 2019! (wow!) If you are looking to add high quality, locally bred/cultivated fish and plants to your aquarium this is the place to be! The auction is also an excellent opportunity to find that unique and rare fish or plant you have been hunting for at great prices! Auctions are free for anyone to attend.

Sellers please review the Auction rules and register prior to the auction!

Buyers please review the Auction rules prior to the auction!

Join us for a fun-filled look at some of the adventures of travelling to South America in search of rare catfish. 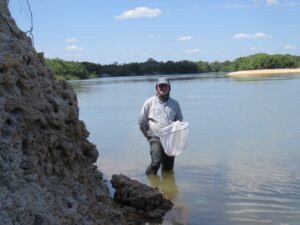 Jeremy Basch lives in Columbus, OH but is originally from Westlake, Cleveland, OH. He started keeping fish over 30 years ago after his father took him to a pet shop. At around 16, Jeremy started working at one of the largest fish stores in the Midwest and was hooked! During his 12 years working at the local fish store, he learned about many fish species and met many lifelong friends.
Jeremy has kept numerous aquarium setups and finally in 2004, set up his first fish room. Currently, he is on his fourth modified fish room design which now contains over 125 aquariums ranging in size from 10gallons to 150 gallons. Over the years, Jeremy has bred various species of fish including cichlids, catfish, rainbowfish, killifish, live-bearers and invertebrates. Jeremy’s focus is on the catfish of South America including the families of Auchenipteridae – the Wood Cats, Callichthyidae – Cory Cats and Loricariidae – Plecos, Whiptails and other related species. Jeremy is probably best known for the first documented captive spawning events of the Jaguar Catfish, Liosomadoras oncinus. More recently, he has also raised the first juveniles of Balroglanis schultzi, Duringlanis altae and Tatia gyrina.
A member and former chairman of the Columbus Area Fish Enthusiasts (CAFÉ) in Columbus, OH, Jeremy also belongs to other fish associations including the Greater Cincinnati Aquarium Society, the Ohio Cichlid Association, the Greater Pittsburgh Aquarium Society and the Catfish Study Group. He can regularly be seen attending auctions and conventions throughout the Midwest and beyond. Jeremy has written a few articles in the Buntbarsche Bulletin, his hometown club, the CAFE Menu, Amazonas magazine and provided images for Steven Grant’s book on Banjos, Dorads and Woodcats. He was also documented the first successful breeding and captive-raised Liosomadoras oncinus, the Jaguar Catfish, and Balroglanis schultzi. Jeremy has also contributed material to the well-known website, PlanetCatfish.com. He hopes to continue writing for various publications sharing his knowledge with interested aquarists alike.
While many people dream of the beach, Jeremy dreams of collecting fish in South America. He first travelled to South America in 2010. He now travels, when possible, to the captivating country of Colombia, where he has seen both common and rare species in their natural habitat. Jeremy hopes to inspire the next generation to not only keep fish but to also understand the complex and rich ecosystems from which they come from. With the ultimate goal to help with the survival of the fish species, we love so much!
Jeremy also maintains a website: AmazonTropics.com as well as an informative Facebook group: facebook.com/groups/AmazonTropics

Be a part of our club